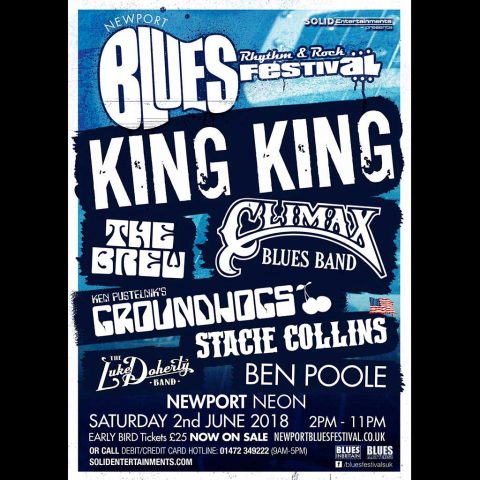 Climax Blues Band are scheduled to play the Newport Blues, Rhythm & Rock festival at the Neon on Saturday June 2, 2018.

Come on out and see us at the Newport Blues, Rhythm & Rock festival on Saturday, 2nd June, 2018. We are on the same bill as King King at the Neon, Newport. Early bird tickets are only £25.

A brand new album of original songs is being recorded and will be released in 2018. Now you have a chance to hear some of the exciting new tracks off the new album at Newport Blues, Rhythm & Rock Festival on Saturday June 2, 2018.