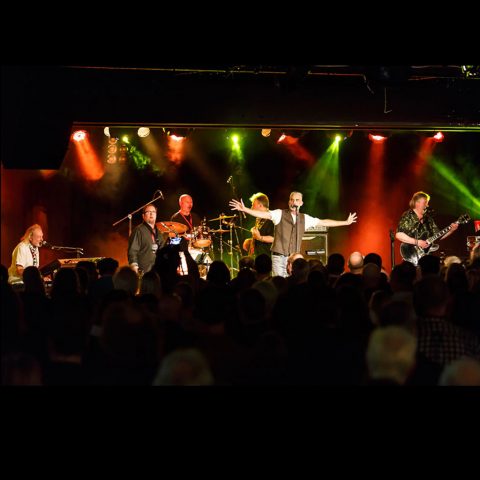 Climax are to perform again at one of the major live music venues in the UK, “The Stables” in Wavendon, Milton Keynes on Friday, August 25, 2017. We hope to see you there.

Wavendon Allmusic Plan Ltd (WAP) is a registered charity, founded in 1969 by the world-renowned jazz musicians Dame Cleo Laine and Sir John Dankworth. It has a vision to: “engage the widest range of people with music in all its diversity”.

Sir John and Dame Cleo began the realisation of that vision with the development of The Stables Theatre, in some outbuildings at their home, as a venue for concerts and education activities. In October 2000, the new Stables Theatre opened its doors, with a second phase of development opening in 2007.  It is now home to The Jim Marshall Auditorium with 448 capacity (398 seated and 50 standing) and Stage 2 (80 seated and 20 standing or 100 standing) and presents around 350 concerts and 250 education sessions each year. The Stables is situated in a beautiful rural setting in Wavendon, just to the south east of Milton Keynes and a short drive from central Milton Keynes.

Its diverse programme continues to attract musicians respected as leading exponents of their genre whilst providing performing opportunities for emerging artists. Initiatives such as “Live From The Stables” provided a platform for emerging talent including Gwyneth Herbert, Jamie Cullum, Lemar, Jamie Scott, Amy Winehouse and Clare Teal to perform with the Dankworth Big Band and on the same platform as established artists such as Curtis Stigers, Craig David, Beverley Knight, Marti Pellow, Alison Moyet and Chrissie Hynde.

Click here for a map showing The Stables and the surrounding area.