HANDS OF TIME ROCK RADIO TOP OF THE CHARTS 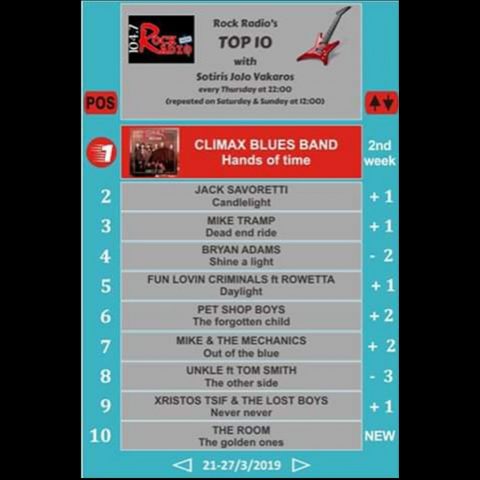 For two weeks in a row Climax Blues Band Hands of Time is number one!

Yes, Climax Blues Band are top of Rock Radio charts for two weeks in a row with Hands of Time their latest release. They are in good company – Bryan Adams, Mike and the Mechanics and Pet Shop Boys!

Hands of time’ is the band’s 21st album consisting of 13 original tracks, plus a bonus unreleased track with the late Colin Cooper.