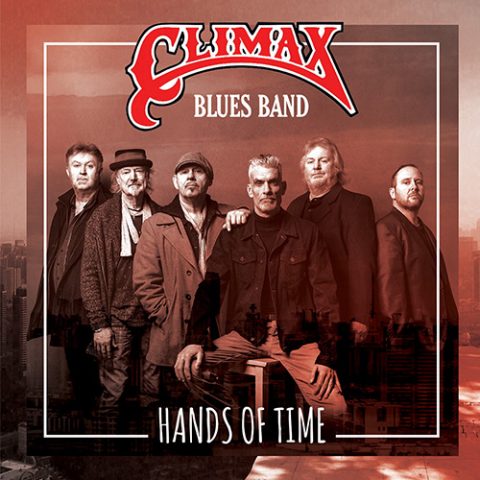 I have to admit I’ve always been a fan of the Climax Blues Band ever since I heard “Couldn’t Get It Right” all those years ago. In recent years I’d lost contact on where the band was at musically or otherwise. That was until I saw them perform on the main stage at the rock and blues festival in Skegness. I didn’t realise that founder member Colin Cooper had passed away in 2008. Sometimes the loss of someone as pivotal as Colin would be a killer blow to the band continuing, or at best just a covers band relying on past glories.

On the evidence I saw and heard in Skegness that weekend, nothing could be further from the truth. The replacement for Colin Copper’s considerable talents comes in the form of frontman Graham Dee. There’s an old saying “Lighting never strikes twice in the same place“ Well the Gods Of Music certainly made sure that happened with the Climax Blues Band. Graham Dee is their secret weapon – his stage presence is amazing and his voice equally so. The icing on the cake is this stunning album “Hands Of Time”, not alone did Graham step into the shoes of Colin Copper with a style that befits this classic band. He has also written a collection of songs that fits in with the very best that this amazing band has produced over their long and distinguished career. Songs like the opening track on the album “Ain’t That A Kick In The Head” or the atmospheric “What’s Your Name” or the swirling majesty of the title track “Hands Of Time”

The quality of the lyrics on Hands Of Time are a treat to the ears. These songs are not just a collection of words that rhyme. No, they are a collection of well-crafted stories that glide perfectly along with the music. “Hands Of Time” is quality through and through, from start to finish.

I highly recommend you add this album to your collection.