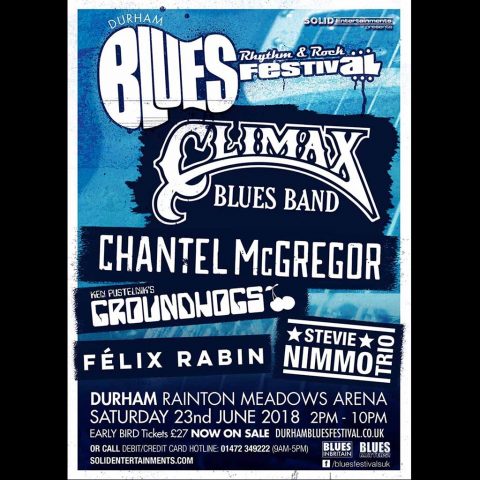 Climax Blues Band are to headline the Durham Blues Festival on Saturday 23 June, 2018. Hope to see you there on our 50th anniversary tour!

Come and see Climax Blues Band play some of our new material from our forthcoming album at the Durham Blues Festival!