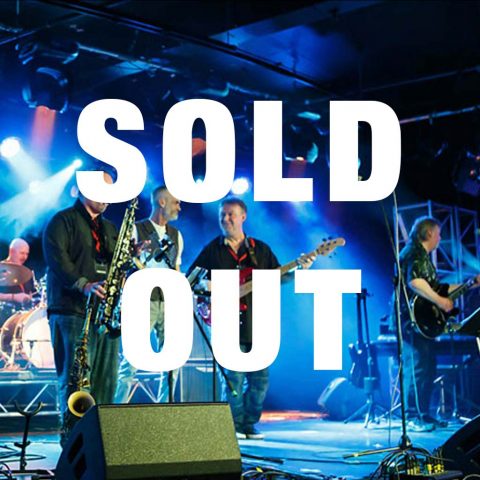 Climax Blues Band are delighted to announce that they will be playing the Bluefunk Rhythm & Blues Club in Poynton, Cheshire. See you there!

Tickets: £15 booked or £17 door or use our online ticket service

Feeling a bit overcome by this one. I have been a fan of this band since I had a Dansette in my bedroom. Loved ’em since they were called The Climax Chicago Blues Band (1969) and at one time I had 3 vinyl albums of theirs including their first eponymous release of that year which drilled that name into my psyche so deep I still think of them by it.

Their FM Live album (’74) was monumental and probably went a long way in influencing my love of the live cut. Still love a good live recording which is probably why I waste so much of my life on youtube.

Most folk of a certain age (you know who you are) cannot forget their huge hit (No 3 in USA, No 7 in UK)   Couldn’t Get it Right. A cracking tune and still an anthem today around the world.

I could witter on about them for hours but I shall spare you.

Its been an absolute age since I saw them live, the band’s legendary founder Colin Cooper was still with us then, but not for much longer after that show (he passed on in 2008). Colin was so good it has taken two to replace him!  ​

Bluefunk has been graced by several of the members of this blues establishment band – Professor George Glover, Neil Simpson, and the Mighty Lester Hunt (the ‘L’ in JLS)  all accompanying other bands, usually with Jim K involved.

So when George messaged me about a possible show with Climax (Chicago) Blues Band I should have replied “Bloody ‘ell George, are you kidding?” but I didn’t. Bursting with pride I answered in absolute earnest “I thought you’d never ask”