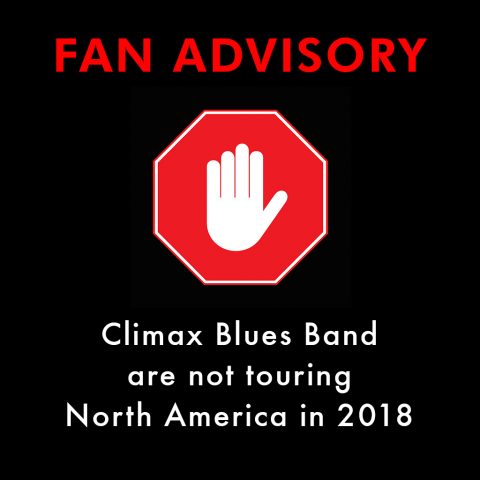 Climax Blues Band are not touring the USA in 2018

US Fan Advisory: It has come to our attention that a former band member who left the band in 1982 is currently performing in the USA under the name Climax Blues Band. His band is not connected with or endorsed by Climax Blues Band.

It has come to our attention that a former band member who left the band of his own free will in 1982 is currently performing in the United States of America (USA) under the name Climax Blues Band. The matter is the subject of legal action so we cannot comment further at this stage other than to make it clear that his band is not connected with or endorsed by Climax Blues Band in any way.

A brand new album of original songs is being recorded and will be released in 2018. While we are not touring in the USA you can still see us in the UK!