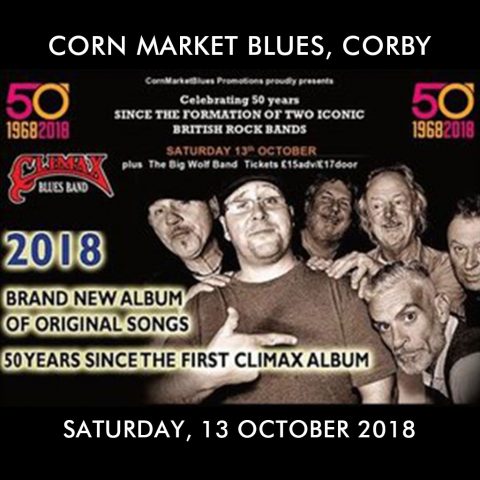 Climax Blues Band are delighted to announce that they will be headlining a gig at the Corn Market Blues in Corby, Northants. We hope to see you there!

Come on out and see us at Corn Market Blues on Saturday, 13th October, 2018. Support act is the Big Wolf Band. You can buy tickets through this link.

A brand new album of original songs is being recorded and will be released in 2018. Now you have a chance to hear some of the exciting new songs off the new album at Corn Market Blues in Corby on Saturday, October 13th, 2018. Corn Market Blues is at The Raven Hall, Rockingham Road, Corby, Northamptonshire.