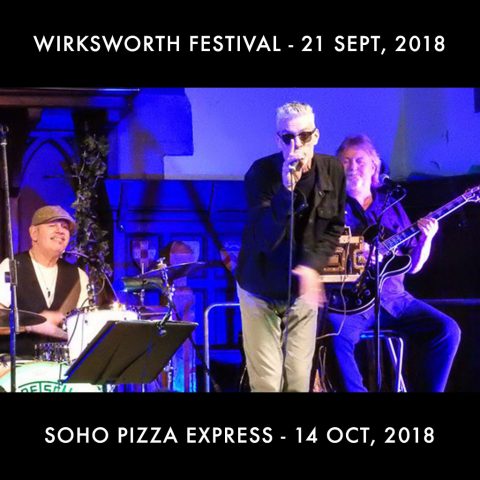 Climax Blues band are delighted to announce that they have been booked to play two UK gigs on their 50th anniversary tour.

Come on out and see us for two UK gigs at Wirksworth Festival on Friday, 21st September and Soho Pizza Express on Sunday, 14th October, 2018.

It’s been a long road….. one thing for sure is that the Climax Blues Band of today carries the same standard of quality as it did when the band formed back in the late 60s and achieved such great success and recognition through the 70s and 80s. With huge selling albums like FM / Live and Gold Plated, the 1976 hit single Couldn’t Get It Right (from Gold Plated) and I Love You in 1981, their reputation carrying right through until the tragic death of founder member Colin Cooper in 2008.

A brand new album of original songs is scheduled to be released in 2018. Now you have a chance to hear some of the exciting new songs off the new album at UK gigs in Wirksworth on Friday, September 21st, 2018 and the Soho Pizza Express in London on October 14, 2018.