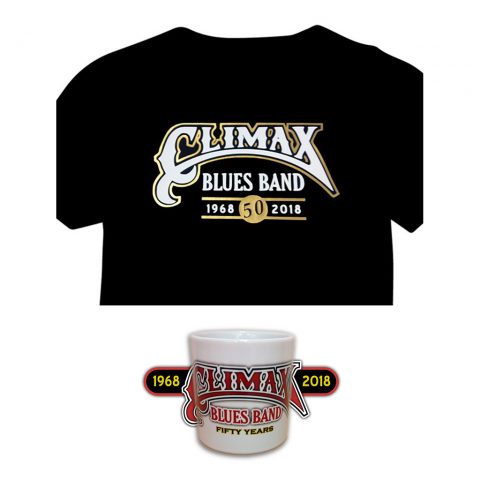 Black Fruit Of The Loom Shirt in all adult sizes from S to 2XL
Gold and White Soft Feel Flex Vinyl Print
Also celebrating the release of “Hands of Time” in 2018, an exciting new album of original material by the fabulous Climax Blues Band.
Cost, including postage:
UK – £20
Europe: £22.50
US: £25