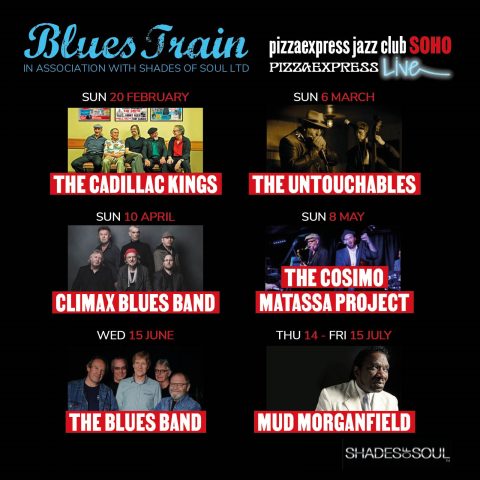 BLUES TRAIN (IN ASSOCIATION WITH SHADES OF SOUL LTD)
Climax Blues Band to perform at PizzaExpress Jazz Club (Soho) on 10 April 2022. See you there!

Climax Blues Band has celebrated over 50 years since they were formed. A brand new album of original songs ‘Hands of Time’ was released in 2018. Older fans remember the commercially successful days of the 1970s including the hit single, Couldn’t Get It Right. Climax are led by keyboardist George Glover who has been in the band since 1981, guitar and rhythm section since the late 1980s. Dynamic singer Graham Dee and ace sax player Chris Aldridge since 2012 are flying the flag with great pride and we are delighted to have performed at the Soho Club.